The Low-Down: Broker vs. Direct Writer 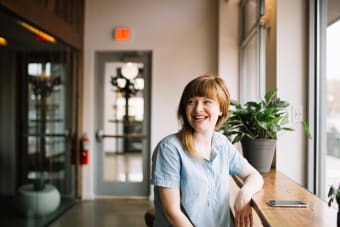 There are a lot of places to buy insurance. So why choose a broker?

What is a Direct Writer?

Additionally, many direct writers sell their insurance online, meaning you are left to make coverage decisions on your own, and you don’t have a lot of help from a representative. There is no one representing you or acting as an advocate on your behalf.

They only sell their own insurance products and cannot shop around in the marketplace for the best price, nor offer any flexibility on building the right coverage option. You probably know these companies - they’re the ones that ‘Put you in the driver’s seat when it comes to your insurance’, ‘have you in good hands’ or have those memorable mascots doing commercials.

How is a Broker different?

A broker is an independent, licensed professional who works with multiple insurance companies in the insurance marketplace to shop for the best coverage and rates available. More importantly, a broker owns the relationship with you, and works on your behalf. We provide advice based on your specific needs and are not influenced to sell certain products.

There are lots of insurance companies out there and we work with them to build a protection plan that’s right for you.

What’s the benefit of being with a broker?

“We are your advocate, and we are able to offer advice as to how to best protect what’s important to you.”

This is my (least) favourite example that demonstrates the difference between a working with a Direct Writer vs a Broker;

I spoke with a client about quoting his home and auto insurance. After collecting all the information, it turned out we had an option that was better suited to his needs and less expensive - GREAT! As a next step, I pulled some reports that show claims history and I was surprised to find he had a home and auto claim both on the same day.

After speaking with the client, he told me that he hadn’t mentioned before that he had ran into his own garage door. He called his insurance agent (direct writer) to tell him what had happened but there was no damage to the car and he had fixed the garage door on his own dollar. Little did he know, they recorded an at-fault loss on his auto policy and a homeowner’s claim, both of which were ‘forgiven’ through his current carrier but part of his permanent record. He was surprised to hear that as he never received any money for either of the claims they filed and if he were to have a real claim in the future he had already used his claims forgiveness.

We are always working for you, and in your best interest. As a broker we build relationships, and we cherish those more than anything! Next time you consider looking around for insurance, see if there is a broker who fits with your personality and lifestyle.

‹ Back to Blog Feed

Your quote. Your way.

At McConville Omni, your London & St. Thomas insurance company, we take the time to get to know you – so that we are fully confident that we are bringing you the very best insurance coverage for you, your family and your business.

Get Started With A Professional Insurance Broker